This man from Odisha is an alumni of DM School in Bhubaneswar. He then did his Masters degree from St. Stephen’s College, New Delhi. Das has been appointed for a 3-year term, according to a government release.

Shaktikanta Das, a 1980 batch Tamil Nadu cadre IAS officer from Odisha had played a key role during the demonetisation drive. Bhubaneswar City Festival (.Fest) will be held every year in Odisha capital.

He was economic affairs secretary from 2015 to 2017, and has worked closely with the RBI. He was one of the contenders for the top post when Raghuram Rajan’s terms ended. He is also a member of the Finance Commission of India, and represents the country a the G-20 summits.

Das has the widest experience in budget making and also dealt with the central bank on monetary policy issues because of his assignments in the ministry, first as joint secretary (budget), then as special secretary in the economic affairs department, revenue secretary, and as economic affairs secretary. He has been part of the seven central budgets during his tenure. 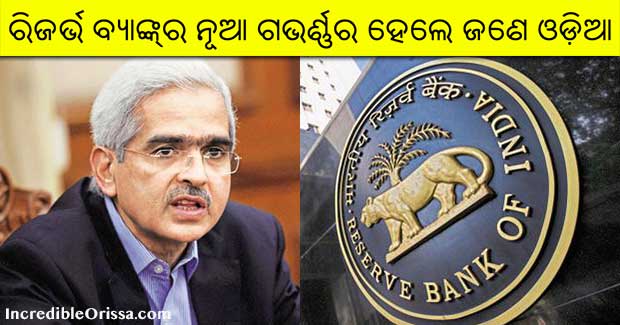