The design of these notes is similar in all respect to Rs 10 banknotes in Mahatma Gandhi (new) series. All banknotes in the denomination of Rs 10 issued by the Reserve Bank in the past will continue to be legal tender, it said.

Shaktikanta Das from Odisha is an alumnus of DM School in Bhubaneswar. He then did his Masters degree from St. Stephen’s College, New Delhi.

Shaktikanta Das, a 1980 batch Tamil Nadu cadre IAS officer from Odisha had played a key role during the demonetization drive. He was economic affairs secretary from 2015 to 2017 and has worked closely with the RBI. 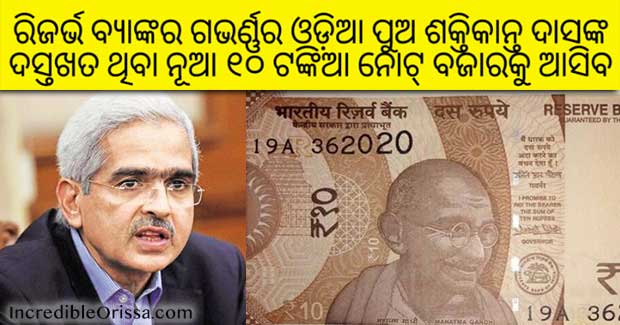