Odia singer Shasank Sekhar has sealed his place in the Top 16 of the popular reality show Rising Star India Season 2, aired on Colors TV. He made it to the Favourite 16 in the show after winning the Duels in Takkar round and will now compete for the ultimate title of Rising Star.

Duels Ki Takkar was a face-off between two singers and the one receiving the more number of votes proceeded to the next round. Shansank’s soulful rendition of ‘Muskurane Ki Wajah Tum Ho’ from the movie City Lights rained a whopping 89 per cent votes compared to his rival Sri Prasanna’s 72.

Judge Monali Thakur praised his song selection and said, “This is the living proof of how important the choice of song you want to perform is.” Guests on the show, rapper Raftaar and Sonakshi Sinha, also commended Shansank’s performance.

A screen that streams live results of the voting literally rises when a participants crosses the cut-off of 80% votes, qualifying for the next round. 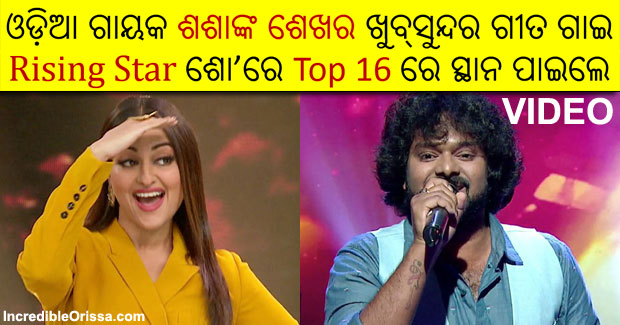