Odia boy Shibu Prusty has won the National Film Award (Best Arts/Cultural Film) for his film ‘The Lord of the Universe’. Sankhajeet De from Odisha also wins in this category.

The Lord of the Universe, a 55-minute docu-feature film, speaks about aspects of Jagannath Culture and Lord Jagannath’s Nabakalebara. It’s a film about a unique culture, a grand celebration, an eternal belief and finally about the universal truth. 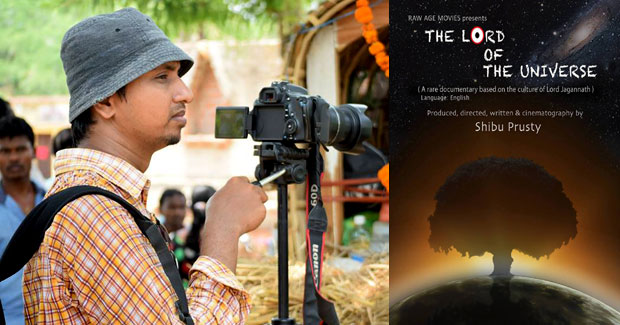 “Delighted at the success and recognition of movie makers from Odisha at the 64th National Film awards. Along with the much acclaimed director Nila Madhab Panda, young filmmakers Lipika Singh Darai, Shankhajeet De and Shibu Prusty have charmed critics and jury with their magnificent and sensitive celluloid creations highlighting various social and other poignant issues,” CM Naveen Patnaik wrote on Facebook.

Shibu Prusty is now based in Mumbai and an alumnus of Biju Patnaik Film and Television Institute of Odisha. He is the producer, director, writer and cinematographer of The Lord of the Universe. Suresh chandra Sahoo is the editor. Sound recording & mixing has been done by Rashmiranjan Dash.

Shibu Prusty will be awarded Rajat Kamal (Silver Lotus Award) and Rs 50,000 at the main event which will be held in New Delhi. The National Film Awards would be presented by the President on May 3, 2017.