Shreya Ghoshal, the melody queen who is known for her soulful playback singing, mesmerised the frenzied fans with some of her hits at the ‘.Fest’ (Bhubaneswar City Festival) at the Exhibition Ground on Saturday.

Inviting audiences to join in on her choruses, Shreya left no stone unturned and offered a truly memorable experience for the locals and visitors with her performance. It was a dream comes true for many fans as they saw their favourite singer perform live in the city.

Prior to her performance, Shreya Ghoshal expressed her delight for visiting Bhubaneswar again at a time when the .FEST and Odisha Men’s Hockey World Cup are going side by side. She thanked the Tourism Department and the Government of Odisha for organising the events, as after watching the World Cup people can visit the .FEST.

Shreya further said that she is unable to visit Puri due to her busy schedule. She will come to Odisha again in near future during her free time for darshan of Lord Jagannath. 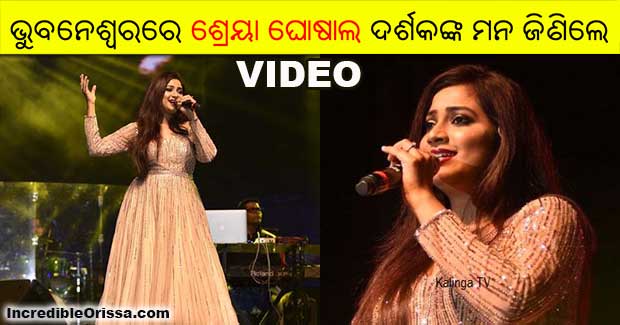