Bhubaneswar girl Shrutiksha Nayak has bagged the Femina Miss India Odisha 2018 title. She was crowned at a glittering ceremony in Kolkata, where the winners of fbb Colors Femina East 2018 were announced on March 22.

By winning this title, she now becomes one of the 30 state finalists who will compete for the title of Femina Miss India 2018 in coming months. The 13 representing states – Odisha, Bihar, Jharkhand, Sikkim, Assam, Mizoram, Tripura, Nagaland, Meghalaya, Arunachal Pradesh, Manipur, West Bengal and Chhatisgarh will now vie for the top crown at the Grand Finale of fbb Colors Femina Miss India 2018 in Mumbai in June.

Shrutiksha and the other finalists underwent two rigorous sub-rounds in the contest, the fbb round (where the contestants dressed in fbb outfits, walked the ramp) and the Joy Mitra Condrella Collection (where the girls sashayed down the ramp wearing the ensembles of the designer). They were also judged for fbb Miss Talented, fbb Miss Fashion Icon and Bata Miss Rampwalk.

Shrutiksha (20), is a dancer and a fitness model and pursuing a degree in Mass Media from KIIT university. She was adjudged a finalist along with Aishwarya Jena and Priya Kansagara in the Odisha auditions of the beauty pageant held in the City of Temples on March 5. 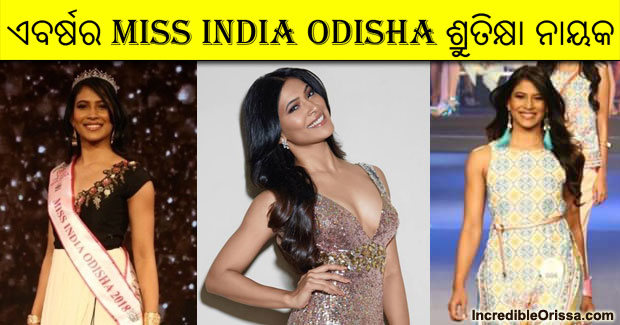