Shweta Malik, who had acted in several hit Odia films and album songs during her stint in Ollywood, now claims herself to be a self proclaimed ‘Godwoman’ – ‘Mata Maheswari’.

Shweta Malik was spotted at a religious ceremony in Jeypore of Koraput district along with the owner of Samrat Cassette company Biswambar Sabat who claimed himself as ‘Ananta Keshari Samrat Biswambar Maharaj’.

As hundreds of people are visiting the ‘Biswashanti Mahayajna’ programme organised near Siridi Sai temple in Sauraguda, presence of actress-turned-Godwoman during the occasion has now become the talk of the town.

“I had never thought of witnessing such transformation when I lived a life of glitz and glamour. Just like former actor Sriram Panda who chose a life of sadhu after decades of stint in movie industry, I also experienced a change in my belief,” said Shweta Malik alias Mata Maheswari.

On legal crackdown on self-proclaimed Godman like Sura Baba and Sarathi Baba who are now languishing in jail in Odisha, Shweta Malik said she and the community of her followers are not like them. 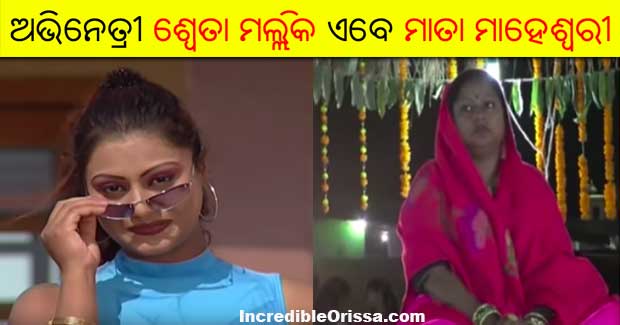