Keeping in line with Singapore Sri Krishna Mandir’s rich culture of celebrating colorful festivals, The Jagannath Ratha Yatra is another beautiful jewel on the crown of Vedic tradition.

This festival was originally celebrated by devotees who took pleasure in pulling the cart of Lord Jagannath from Kurukshetra back to Vrindavan.

In the last decade this Rath Yatra festival has expanded itself and attracted people from all over the world as they come together, regardless of caste, race and creed to celebrate and partake of this glorious event. 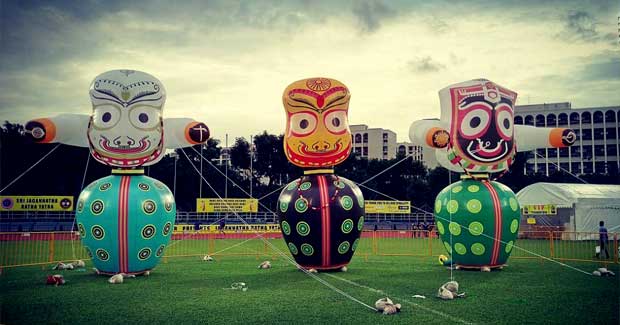