In order to control traffic congestion and ensure hassle free entry of devotees into the Jagannath temple, the Puri district administration has declared Singhadwara as a no-parking zone.

Puri collector Jyoti Prakash Dash told journalists the district administration took the decision as part of reform measures directed by the Supreme Court to enable devotees to have a smooth darshan of the deities.

Initiating efforts in this regard, the officials of the district administration have begun eviction of all makeshift shops from the vicinity of the Singhadwara besides barring any kind of four and two wheeler vehicles parking outside the gate.

The collector also said efforts were on to regulate the rush of devotees during peak hours in the morning and afternoon. “We have decided to enforce 24-hour traffic arrangement in the Singhadwara area,” he said.

Dash said the area has also been declared a “no begging zone”. The district administration has taken adequate steps to shift beggars from the Singhadwara area to other places. 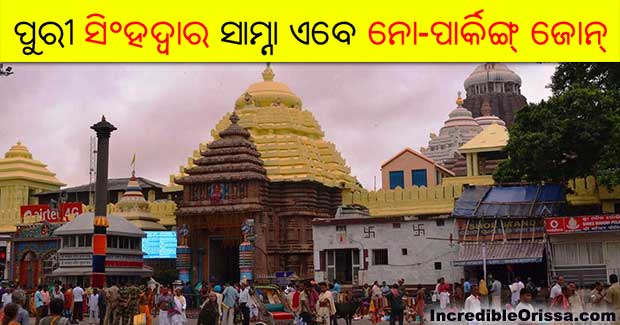