Odisha Cine Critic Association has published the screenplay of Odisha’s first film ‘Sita Bibaha’ in the form of a book to mark the 81st anniversary of the release of the movie.

Sita Bibaha was given limited release at Laxmi Talkies in Puri. Directed by Mohan Sunder Deb Goswami, the film was made on a budget of Rs 29,000, a princely sum in those days. Based on the marriage of Ram and Sita and adapted from the Ramayan, the film had 29 scenes and 14 songs.

However, a freak fire destroyed the reel of the film shortly after its release. “The film had become very popular and was being screened at various places in and around Odisha. While the team was touring Calcutta, it got destroyed in a fire. There was no scope to revive it with the technology available in those days,” said association secretary and noted film critic Dilip Halli.

Realising the urgency to save its legacy, members of the Odia film fraternity got hold of the script from the director’s family members. “Fortunately, the script was still there. His grandson, who is also an actor and a theatre director, helped us in the process,” said Halli.

He said: “If the government helps, a film can be made again based on the script.” 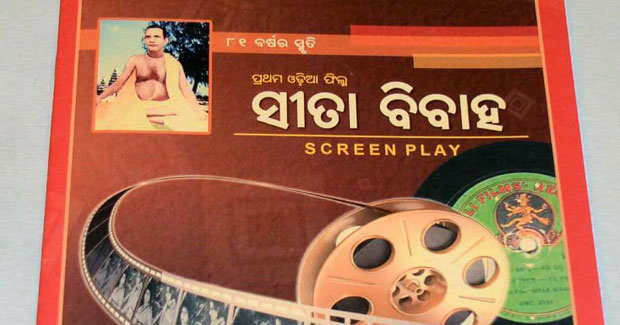