Eminent Odia poet Sitakant Mahapatra will be conferred with the prestigious Tagore Peace Award. He is the first Odia to win this prestigious international peace prize, which has been established by the Asiatic Society.

A Parliament act has declared the Asiatic Society, founded in 1784, as an institution of national importance. “I am very happy to be chosen by the society for the prestigious award,” Mahapatra, author of many anthologies of poems, said.

Sitakant Mahapatra was awarded the 1974 Sahitya Akademi Award in Odia for his poetry collection, Sabdar Akash (The Sky of Words). He was awarded the Jnanpith Award in 1993 “for outstanding contribution to Indian literature” and in its citation the Bharatiya Jnanpith noted, “Deeply steeped in western literature his pen has the rare rapturous fragrance of native soil”; he was also awarded the Padma Bhushan in 2002 and Padma Vibhushan in 2011 for literature apart from winning the Soviet Land Nehru Award, Kabeer Samman and several other prestigious awards.

This award is given once every two years to one person only, and has been received so far by many prominent persons, namely Japanese Buddhist philosopher, peace builder and recipient of the World Peace Poet Award Dr Daisaku Ikeda, Indian President of World Poetry Society in Chennai Dr Krishna Srinivas and Nelson Mandela, ex-President of South Africa, Nobel Peace Laureate 1993 along with Meghabati Sukarnapootri ex-President of Indonesia.

The Asiatic Society will confer the prestigious Tagore Peace Award on Odia poet Sitakant Mahapatra at a function in Calcutta on May 1. ALSO READ: Bhubaneswar to Kuala Lumpur direct flight from today 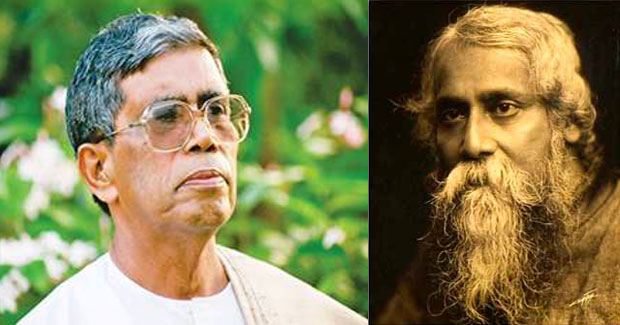