The much awaited annual Sital Sasthi festival concluded in Sambalpur, Bhubaneswar and other parts of Odisha on Sunday noon marking the return of baraat of Lord Shiva after marriage with Goddess Parvati.

It was not just a spiritual or devotional occasion, but like any other wedding ceremony, there was much fun and celebration.

While the Lingaraj temple in Bhubaneswar drew maximum visitors, it was Sambalpur that, as always, was the hotspot of the revelry for the festival in Odisha. 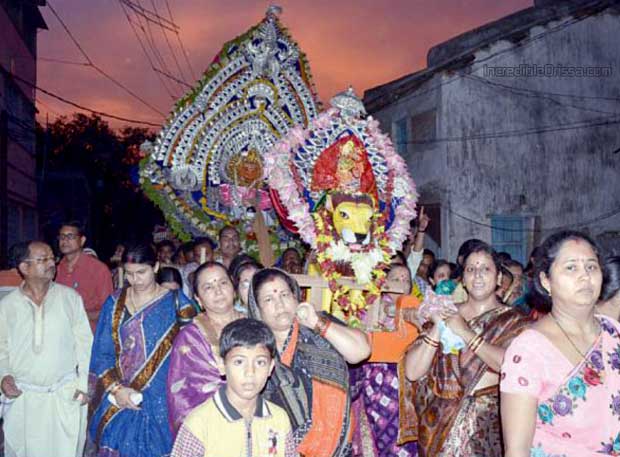 More than 9000 artistes from across the country were invited by Jhaduapada, Nandapada, Mudipada, Badbazar and Thakurpada Sital Sasthi Yatra Committees to perform in the Sital Sasthi carnival. The artistes performed for 14 hours on moving vehicles and on the road enroute to respective temples of the divine couple.

“It was delightful to see the divinity transform as mortals and following their ways. In fact, the DJs playing at the wedding of deities was the most surprising part,” said a young devotee.

All small and big temples in other towns and cities, too, hosted the event. But the splendour of Sambalpur’s celebration was unmatched.

The scorching heat failed to deter locals from participating in the Sital Sasthi carnival. Sambalpur recorded a temperature of 46.6 degree C on the day. The carnival has drawn huge crowd from across the State besides neighbouring Chhattisgarh and Jharkhand.

The homecoming procession of the divine couple is considered one of the oldest cultural carnivals of the country.