Susant Mani and the production house of his upcoming movie ‘Smruti Tume’ have been slapped with a court notice for allegedly making the film on the life of legendary singer and musician Akshay Mohanty without seeking permission from his family members.

The singer’s son, Mitrabhanu Mohanty, told that they had earlier sent a lawyer’s notice to the production house and the director, asking them not to make a movie that could tarnish the singer’s image. “But they didn’t respond to that notice. Hence, we had to take a harder stance and approach a court,” he added. 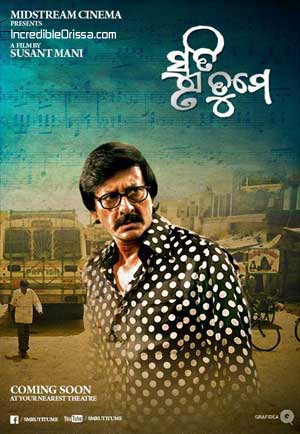 Confirming receipt of the notice, Mani told that the movie had nothing to do with Akshay Mohanty. “I have utmost respect for Akshay Mohanty and I have been a huge fan of his. Initially, I had plans to make his biopic, but after two years of research, I didn’t find a commercially viable story. So, I went for another story that has nothing to do with the singer,” Mani said, adding, “We have received the court notice, which alleges that we are making a movie on the singer without rights. But as I said, the film is not based on his life. So, it’s really very disappointing to know that the family members are creating fuss over nothing,” he said.

When asked about his next step, the director said, “I am a responsible filmmaker and am aware of the legal issues pertaining to creative freedom. My intentions are not to hurt anybody’s sentiment, but I am definitely completing the movie.”

Smruti Tume is currently under production and actor Siddhant Mohapatra is playing the lead. (Source – Bhubaneswar Times of India)