The Snana Yatra or Devasnana Purnima, a ceremonial public bath ceremony of the three deities of Lord Jagannath, Lord Balabhadra and Devi Subhadra is an important event in the run-up to the Rath Yatra or the Car Festival.

Lakhs of devotees from all over Odisha and neighboring states are gathered in the Pilgrim Town to witness the bathing ceremony on 14th June 2022 (Tuesday).

The day, the full-moon day of the month of Jyestha, is considered to be the birth-day of Lord Jagannath. Devasnana Purnima is an important festival of Puri temple prior to Rath Yatra scheduled for July 1. “After the grand shower, the deities would don attire, resembling an elephant, and would be available for close darshan (sahanmela) from 6 pm to 9:30 pm. 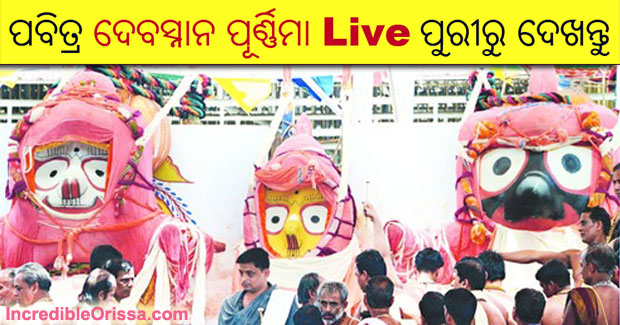