She has lent her voice in the upcoming Bollywood film ‘Kadke Kamaal Ke’ for the song ‘Tujhe Kyoon Na Karun Main Pyaar’. The song is a duet with another singer, Tash M.

Other popular singers like Shreya Ghoshal and Sunidhi Chauhan have also sung for this Laxman Singh directorial film. Starring Rajpal Yadav and Aryan Adhikari in lead roles this comedy film will be released in both India and Nepal on May 24.

“I have been waiting to sing in Bollywood since a long time and am happy that I have finally got my break. I hope I will get more opportunities after this,” she said.

She is an approved artiste (B High Grade) of All India Radio, Cuttack, and she has received training in Hindustani classical vocal music under the tutelage of Pandit Devendra Narayan Satapathy. She has an MS in Biotechnology from Ravenshaw University, Cuttack. She hails from a musical background. Both her father and mother are approved artistes of AIR, Cuttack. 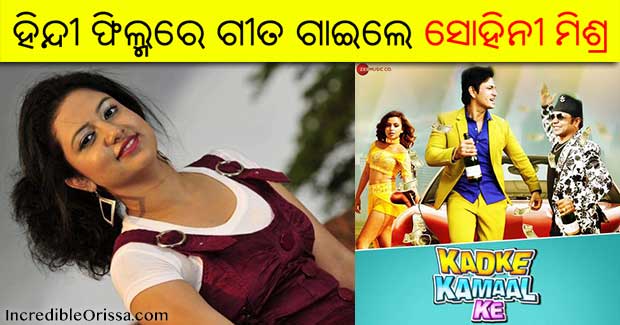