The Gujarat High Court has refused to grant any relief to an ungrateful son, who claimed right in her mother’s property after he was excluded by the mother in her ‘Will’ as he would beat the parents.

Justice Paresh Upadhyaya turned down the appeal filed by Jayeshbhai Patel who had challenged orders of the lower court.

Patel had claimed that the Will of her mother was not proved and that the bungalow at Vadodra was a ground plus one-floor property and he could be allowed to occupy the first floor.

However, his two sisters to whom the mother transferred the property right contested the claim. They also relied on a letter written by the Madhukantaben, mother of the petitioner to the police commissioner, narrating an incident of her seeking help as Patel was beating her.

Justice Upadhyaya said: “The conjoint reading thereof makes it clear that the mother was aggrieved by her son, she had reasons for being so aggrieved and according to her, she did not wish to give anything from her property to her ungrateful son. This Court finds that, as observed by the Supreme Court of India in the case of Mahesh Kumar (supra) and Leela Rajgopal (supra), any person of ordinary prudence would have acted this way only.” 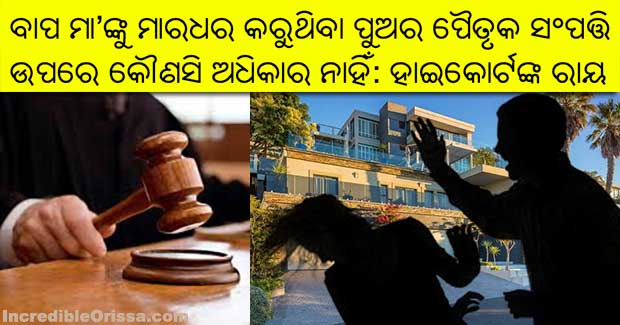