Sonali is a resident of Khandagiri and works in TV serials. She also featured on panel discussions on local news channels when the Sarathi Baba controversy had surfaced.

As per reports, Sonali used to frequent the Unit-4 based fish market in her posh car and buy fish amounting to over hundreds of rupees and allegedly never paid money. Even she used to turn down taking the cut fish, although bargained and order placed, dubbing it as stale one.

In return, she used to allegedly pick a quarrel with the poor fish vendors threatening them that she is the niece of an ex-DGP (director general of police) or the wife of an IPS officer.

On Friday also she had been to the same Unit-4 fish market in her black Innova car and reportedly resorted to her same die-hard antics following which the enraged fish vendors and public held her hostage and alerted the police.

Fish vendor Savita Behera said, “On Friday morning, Sonali ordered fish worth Rs 500 and asked me to pack it. After dressing the fish, she suddenly refuted to take the packet claiming that it was rotten.”

Behera was joined by other vendors who alleged that Sonali used to order fish and vegetables but did not pay the cost by intimidating them. “She used to threaten us with her political connections and claimed that she was the daughter of a senior police official whenever we asked her for the dues,” a local shopkeeper alleged. 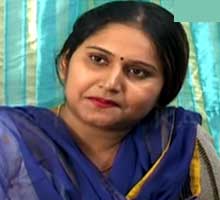 Sonali Monalisa was whisked away from the spot to Kharavela Nagar police station where she was detained for over an hour. Later, on the basis of Behera’s complaint, an FIR was registered against Sonali under Sections 341, 294, 506 and 406 and she was produced in a local court.