It was definitely good news for Odia music lovers. Sonu Nigam has sung many hit bhajans of Lord Jagannath in the early stage of his singing career.

LISTEN: An awesome Jagannath bhajan in voice of Abhijeet Mishra

Sonu Nigam has two songs in this bhajan album – to nandighosa pathei de and to kala muhan. Other singers who have lent their voices in this devotional cd are – Abhijeet Mishra, Antara Chakraborty, and Sanjeevani Bhelande.

The bhajan album ‘Nandighosha’ was released during Rath Yatra 2016. Listen to all bhajans here. 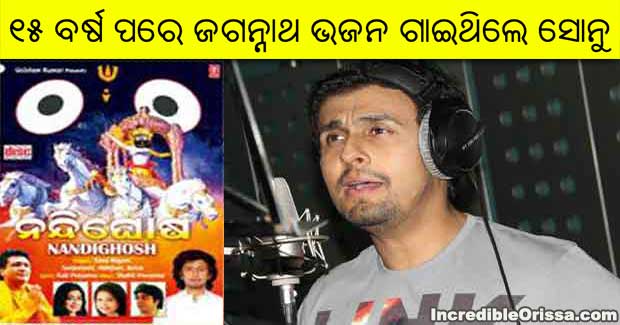