State Bank of India celebrated the talent of young superstars who are transforming society with their skills and expertise with ‘YONO SBI 20 Under Twenty’ awards. Rajnish Kumar, Chairman, SBI conferred this title to the winners at a grand event in Bengaluru.

Sovesh Mohapatra, the young achiever lives by his, own quote “Be the one, who sets limits for others”. His areas of interest have always been different from rest of the crowd. While his friends were fighting for marks, Sovesh was busy exploring the real-life applications of subject knowledge that he grasped in class.

At the age of 4, he researched on power generation, which was a rare thing of his kind. He has also developed a project on domestic water power plant for multiple uses. He has represented India at the International Young Inventor Project Olympiad organised by the Government of Georgia in 2016.

In 2015, Sovesh received Best Child Scientist, 2015 award by the Department of Science & Technology, GOI for his project. He is also the winner of the poster presentation held by 23rd Children’s Science Congress-2015. 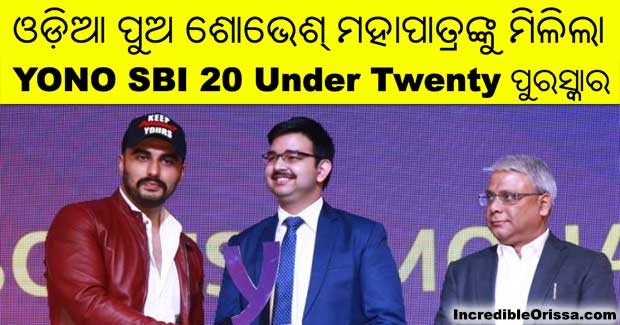