Its raining glory for Odisha athletes as Srabani Nanda qualifies for Rio Olympics 2016. The ace sprinter qualified for the women’s 200 meter event by covering the distance in 23.03 seconds at the XXVI International Meeting G.Kosanov Memorial in Almaty, Kazakhstan.

This comes as a double delight for the people of Odisha as another athlete Dutee Chand has already qualified for the Olympics in the 100 meter category clocking 11.30 seconds at the same event.

Srabani will run the race of her life by competing in the 200 metre event at the summer Olympics to be held at Rio de Janeiro in Brazil. The 25-year-old athlete bettered her personal best of 23.36 seconds (heat timing) in 200 meters set during the Federation Cup athletics held last month.

Born in Kandhamal district of Odisha, the athlete specializes in 4×100m Relay, 100m sprint and 200m sprint events. She has represented the country at various national and international events, bringing laurels for the state as well as the nation.

Srabani Nanda has received training at the Government Sports Hostel in Odisha capital under the coaching of Nila Madhab Deo and Tarun Shaw of the Sports Authority of India (SAI). Notably, Dutee Chand has also undergone training under Deo. 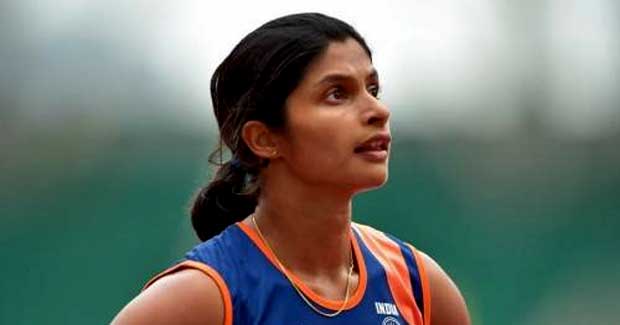