The Maharashtra government has selected sand artist Sudarsan Pattnaik as the brand ambassador of ‘Nirmal Sagar Tat Abhiyaan’ or clean coastline drive in their state.

The 15-day campaign started from Juhu beach on Saturday with the making of a sculpture by Pattnaik to mark International Coastal Clean-Up Day.

When the US Consulate in Mumbai tweeted on Sunday that they will joining the Versova beach clean-up event, not many batted an eyelid. With volunteers ranging from the UN Patron for the Oceans Lewis Pugh to residents, models, Bollywood personalities and others, the Versova Beach clean-up has attracted global attention.

“The Maharashtra government could have roped in famous Bollywood actors for the campaign. Therefore, the news of my selection came as a pleasant surprise to me. It was indeed an honour to be greeted by chief minister Devendra Fadnavis during the campaign’s launch in Mumbai on Saturday,” Sudarsan Pattnaik said.

The clean coastline drive is an initiative of the Maharashtra Maritime Board, which wants to develop the seashores of the state to match international standards. The campaign will end on October 2.

“During the period, I will organize a series of awareness drives on the beaches there. I will also involve schoolchildren in sensitizing people to the importance of keeping the beaches clean,” Pattnaik said.

Sudarsan added that he would send a similar proposal to the Odisha government to keep the beaches clean.

“We have a vast coastline with a tremendous potential to boost tourism in the state. The Puri beach apart, there are several other shorelines in the state that can be developed into enchanting tourist destinations. I will request the state government to launch a massive campaign to clean and popularize our beaches,” said Sudarsan Pattnaik, who has represented India in several international sand art championships. 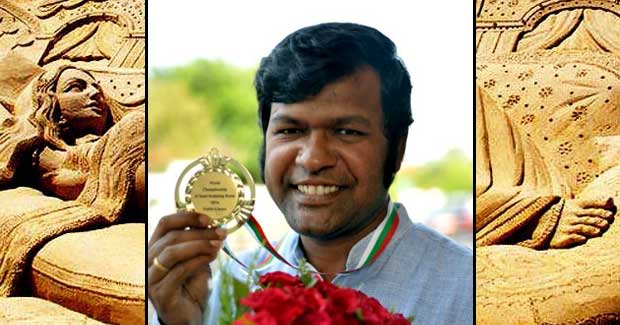