The sand art of Biju Patnaik was inaugurated by Chief Minister Naveen Patnaik at the new domestic terminal of the Bhubaneswar airport.

The sand sculpture of Biju Patnaik would be changed in every fortnight in different themes throughout the year by artist Sudarshan Patnaik. 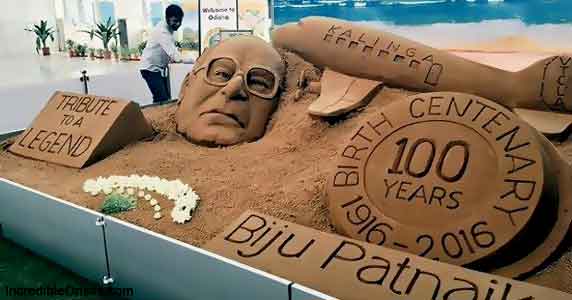