Suna Besha of Lord Jagannath, Balabhadra, and Devi Subhadra will be held in Puri on 10th July 2022 (Sunday).

The newly-carved deities donned at least 200-kg gold. The Suna Besha (golden avatar) darshan for the deities continued till night. 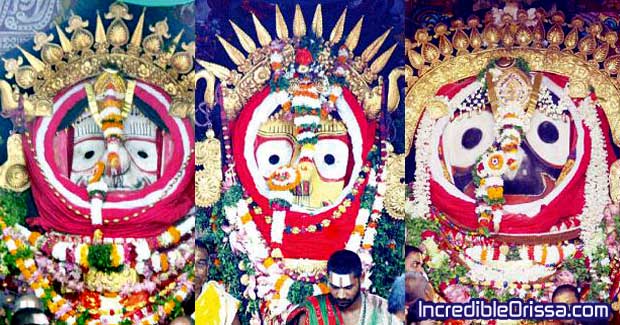 Legend has it that Suna Besha was introduced during the era of King Kapilendra Deb in 1460 AD. “He conquered a kingdom and brought huge quantities on gold on 16 elephants to Puri. He donated all the gold to the Jagannath Temple,” said Rabindranath Pratihari, a veteran temple servitor.

The temple witnesses Suna Besha on four other occasions, Dussehra, Kartika Purnima, Pausa Purnima and Dola Purnima, in a calendar year. While the four rituals are observed inside the temple, the Suna Besha, performed following Rath Yatra, is celebrated on chariots outside the temple. 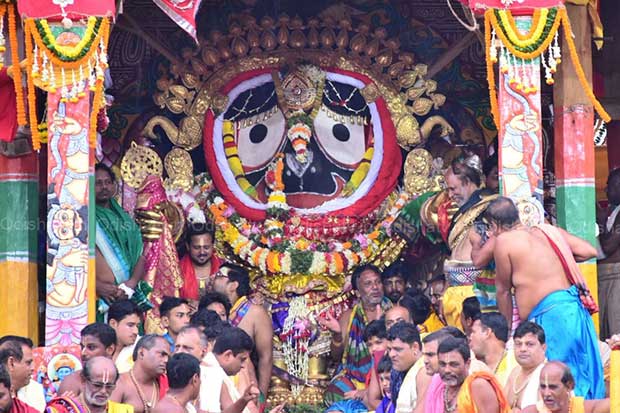 Cancel reply
Improve your male potency and fight back the premature ejaculation. With the help of tadalis-reviews.com you will have your healthy sexual life back in no time. Order it with Priligy online and forget about premature ejaculation once and for all.
Copyright © 2022 Incredible Orissa.
error: Content is protected !!