Do you know that the wheels of Odisha’s Konark Sun temple are actually sundials which can be used to calculate time accurately to a minute including day and night. Let’s take a look at the accuracy of the Sundial at Konark Sun temple built in 1250 AD. People still use it today to tell time.

CHECK: 10 unknown interesting facts about the Jagannath Temple in Puri

Now, at the edge of the wheel, you can see a lot of beads. If you observe carefully, you can see that there are 30 beads between a minor and a major spoke. So, the 90 minutes are further divided by 30 beads. This means that each bead carries a value of 3 minutes. The beads are large enough, so you can also see if the shadow falls in the center of the bead or on one of the ends of the bead. This way we can further calculate time accurately to the minute.

The sundial shows time in an anti-clockwise fashion. At the top, the major spoke stands for midnight and this spoke stands for 3 A.M and this one for 6 A.M and so on. When I place a finger or a pen at the tail of the animal in the axle, the shadow will fall on the edge of the wheel. Now, I simply note the bead where the shadow falls. Using the math we did before, I can easily tell the current time precisely down to the minute. Imagine how much time and coordination would have happened between the astronomers, engineers and sculptors to create something like this 750 years ago.

The Konark Sun temple has a total of 24 wheels, all accurately carved just like the sundials. 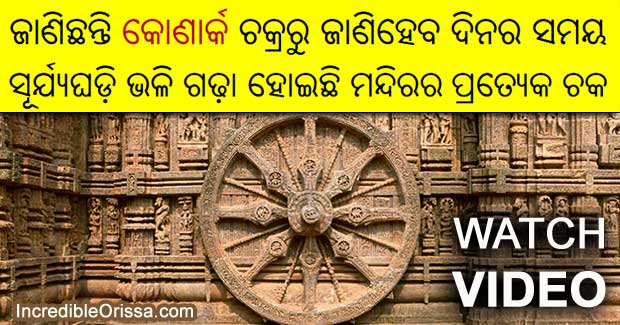