Odisha girl Sunita Garabadu got a rare opportunity to anchor ICC T20 World Cup matches in Nagpur. She is the first Odia girl to get the honour to anchor any global sporting event.

She has already anchored five qualifying matches of the tournament in the stadium and now eagerly waiting for her turn to anchor the main events. The 26-year-old Sunita is known for her bold, bindaas and energetic personality. Although there are many Odia anchors in the state, Sunita leads the pack and ruthlessly dominates all others.

“I cannot explain in words what I feel when my voice echoes all around the stadium. It is a great honour to be selected by the ICC and to anchor an international cricket tournament like T20 world cup,” Sunita Garabadu said.

After completing her graduation from BJB Autonomous College, Sunita Garabadu pursued a course on becoming air hostess. Besides being a popular anchor, she is also a model and worked in several TV serials and in a couple of Odia films.

WATCH: A short film on social cause by students from Bhubaneswar 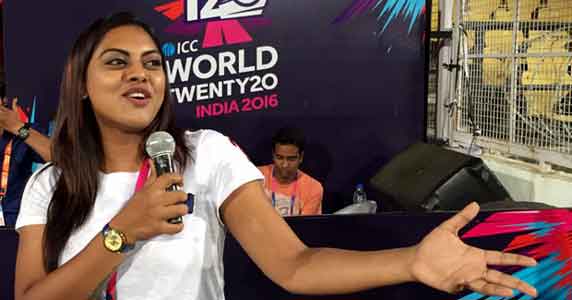