Experienced hockey defender from Odisha, Sunita Lakra will lead the 18-member Indian women’s hockey team at Asian Champions Trophy hockey tournament to be held in Donghae in South Korea from May 13.

The 27-year-old Sundergarh girl will be leading the team in absence of Rani Rampal who has been rested for the tournament. Four other players from the State – Deep Grace Ekka, Namita Toppo, Lilima Minz and Anupa Barla have found a place in the national side for the prestigious competition.

Sunita’s elevation has brought cheers to her former coach A N Bihari at Rourkela-based Panposh Sports Hostel (PSH) and inmates of PSH in Sundargarh district. Bihari, who is now coach-in-charge of Government-run Sundargarh Sports Hostel, had shaped Sunita’s game during her formative years at Government-run PSH. Bihari is also proud of the fact that three other Odia players, Namita Toppo, Lilima Minz and Anupa Barla, are also his former pupils.

Bihari said Sunita has brought laurels for PSH and Odisha and hoped that under her leadership, the women’s hockey team would perform well in the Asian Champions Trophy. Sunita (27) will be the third Indian women’s hockey captain from Odisha.

Before her, Jyoti Sunita Kullu had captained the India team during early 2000s. Subhadra Pradhan had become the Indian hockey skipper for junior women’s team in 2004 and then became captain of the senior Indian women’s hockey team in 2013. 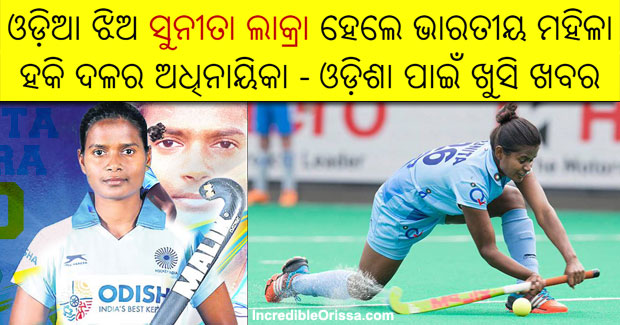