As per Crime Branch reports, Sura Baba and his family own 85 acres of land in Odisha and out of state.

Information about this huge landed property owned by the Baba was extracted from his eldest son Trilochan Mishra during his interrogation while he was in Crime Branch remand for three days till Thursday.

Of this, 37 acres of land have been identified in the name of Trahi Achyuta Ashram while 45 acres belong to Sura Baba and family. Trilochan owns 28 out of the 45 acres of land held by his family, crime branch sources said.

While Sura Baba owns one acre of land in Varanasi in Uttar Pradesh. The CB sleuths have also found land acquired in the name of Sura Baba in Kolkata and Bihar. 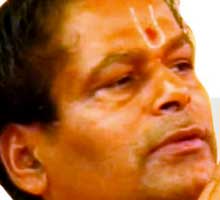 Crime Branch officials investigating land encroached by Sura Baba at Chhatrapur in Ganjam district have filed a petition in the court to take Sura Baba and his two sons on remand to interrogate them in the case, sources in the crime branch said.