Railway Minister Suresh Prabhu came to the rescue of a female passenger from Odisha onboard New Delhi-bound Rajdhani Express who was molested by a 50-year-old fellow passenger on Thursday.

Help arrived after she posted about the incident on Facebook. Bani Prasad Mohanty, a 49-year-old senior laboratory assistant working with the Odisha government, was arrested when the train reached Tatanagar station in Jharkhand.

The 19-year-old Bhubaneswar girl who studies in Delhi’s Ramjas College was travelling in the same compartment with Mohanty. Both had boarded the train from the Odisha capital at 9.15 am.

She was sleeping on her berth when Mohanty tried to grope her. The woman, startled by the act, went numb for a few minutes, but then confronted the man though she had not brought the matter to the notice of the TTEs.

The Railway Minister immediately took up the matter and directed the authorities to rush help. A team of three TTEs, escorted by RPF, rushed to the compartment and took Mohanty under custody after the young woman identified him.

“There can be no compromise when it comes to safety of our women passengers. Any deviance will be dealt severely,” Suresh Prabhu tweeted. 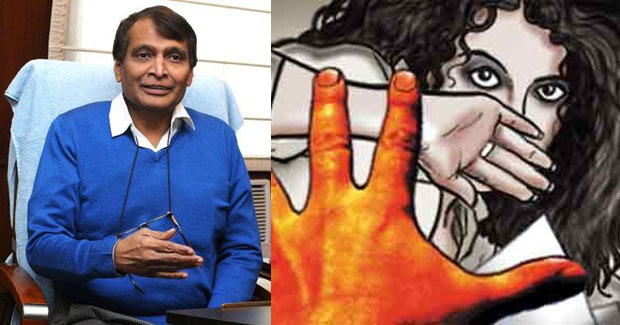