Sushrii Shreya Mishraa was the third runner-up in Miss United Continents 2015. She was featured in Kingfisher Calendar 2016. She also won Asian Super Model pageant in 2010.

Sushrii plays the love interest of Abhay Deol in the film. Zero is a romantic comedy-drama film, written by Himanshu Sharma and directed by Aanand L Rai. It will release on 21st December, 2018.

Sushrii completed her schooling from St Joseph Convent School in Sambalpur and did her intermediate from BJB College. Then she moved to Delhi for her Bachelor’s Degree in Applied Psychology (Hons) at Shyama Prasad Mukherjee College under Delhi University. She has also graduated from Barry John’s acting school.

Speaking about her experience Sushrii said, “Abhay is a gentleman and such good actor it was absolutely incredible working with him.” Speaking about Shah Rukh Khan Sushrii said, “He is so hard working and does so many rehearsals with the entire cast before a scene is shot, with perfect blocking of camera angles and Katrina is also so good to work with.”

She further went on to say, “With stars like Deepika Padukone, Salman Khan, Rani Mukerji, Kajol, Alia Bhatt, Sridevi, Karisma Kapoor, and Juhi Chawla in the film doing a special appearance seemed like the perfect opportunity. Sushrii had a great experience working with Red Chillies and was called for casting by Mukesh Chabbra Casting Company who convinced her to do the part. “If it wasn’t for them I wouldn’t have said yes.” said Sushrii, expressing her gratitude towards the casting company. 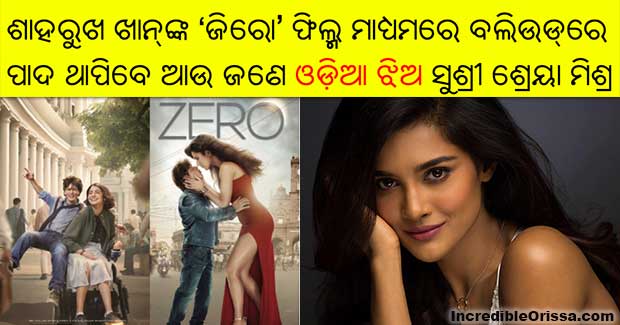