Tata’s new small car ‘Megapixel’ gives fuel economy of 100 Km per litre, which could make another revolution in the automobile industry with its spectacular mileage.

This four-seater city-smart concept car was presented at the 82nd Geneva Motor Show in March in 2012.

According to Zee Media reports, the car might be launched in January next year. The price has been speculated to be something between Rs 5-6 lakh.

It is a four-seater (adults with luggage) range extended electric vehicle (REEV) concept. The car’s electric drive has four independent electric motors, one at each wheel.

This car has a lithium ion phosphate battery which can let one recharge the car on the move. This car also has an on-board petrol engine generator.

This small car has a single fuel tank which can cover a range of up to 900 km on the car. Under battery on power this car gives the fuel economy of 100 kilometres per litre.

The car can simply be parked over the induction pad for charging to begin.

The entry and exit is both stylish as well as trouble-free, thanks to its double-sliding door system.

The car also boasts of an advanced human machine interface (HMI) that enables you control things like temperature, ventilation, driving modes and performance.

ALSO READ: Driving licences to be given Odisha college students by organising camps 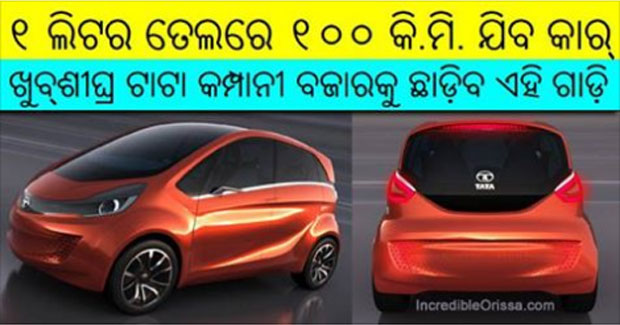