What is nationalism? If you heard Smriti Irani, you must listen to Tathagata Satpathy too, who blamed both the ruling BJP and Congress party for aggravating the JNU issue.

The 59-year-old chief whip of the BJD went on to say: “I am not interested in taking sides with any of these parties. I am here to hear who has a word of solace and point of solution to the problems that the nation is facing today. Is it only votes that matter? Is it just us and them?”

“I am heartbroken to say that the youth of the country doesn’t deserve us. We are the most undeserving set of people to be in this House today,” Tathagata Satpathy, who represents Dhenkanal Lok Sabha constituency in the Lok Sabha, said.

His speech went viral on social media with people praising him for taking the matter above politics. This is not the first time that Satpathy has stood out among other parliamentarians. On several other occasions in the past, he has articulated his views on women’s reservation, crimes against women, net neutrality, Section 377 and even legalisation of cannabis. 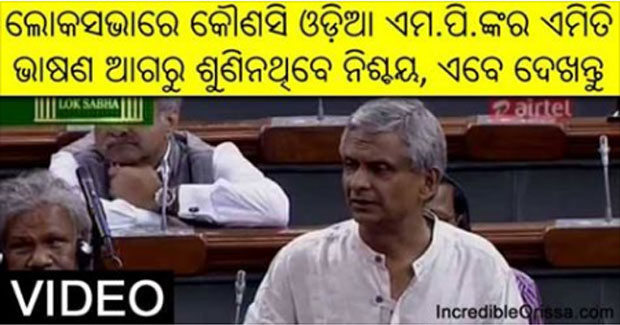