Among many proposals to incentivise digital transactions, a ‘cash withdrawal tax’ is being considered by the government. If the proposal is cleared, it may figure in the February 1 budget.

The government is examining the option based on a recent tax reform panel’s advice to bring back the banking cash transaction tax (BCTT), a measure tested during 2005-2009.

A tax on bank cash withdrawals, if introduced, could come bundled with tax breaks and incentives for credit and debit card transactions, as part of the current government’s broader strategy to move India to a “less-cash” society, sources said.

The government is weighing the pros and cons of the proposal, which could be a tweaked form of the earlier banking cash transaction tax under the United Progressive Alliance government, under which tax will be levied on cash withdrawals above a certain ceiling from bank accounts, a government official familiar with deliberations on this matter said.

The Special Investigation Team (SIT) on black money has already recommended a ban on cash transactions above Rs 3 lakh and a Rs 15 lakh limit on individual cash holding.

The Tax Administration Reform Commission (TARC), headed by Parthasarathi Shome, had also recommended the reintroduction of banking cash transaction tax (BCTT). TARC had also noted that currently there is no instrument that captures details of cash withdrawals from bank accounts, other than savings accounts data.

Digital payments transactions in December last year were 43% higher than in November and totalled 958 million, according to central bank data. 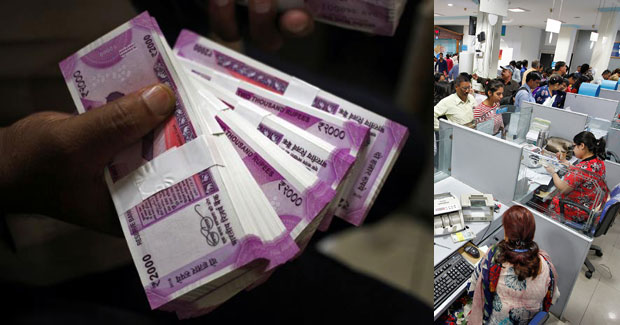