Security forces in Bhubaneswar are in a state of high alert following a report that many cities of India are in terrorists’ attack list ahead of the Independence Day celebrations.

RP Sharma, informed that a total of 22 platoons of police force has been deployed in and around the city, especially near the Mahatma Gandhi Marg, Lower PMG where, the Chief Minister Naveen Patnaik will unfurl the tricolour and I Day parade will take place.

Besides, to defeat any attempt of terror attack as well as for better traffic management during the celebration over 110 inspectors, sub inspectors and 20 numbers of DCP rank officers will be deployed at each sensitive location including Rasulgarh, Master Canteen, Vani Vihar, airport, railway stations and at Mahatma Gandhi Marg.

Officers present at the meeting laid stress on the formulation of an SOP to neutralize possible terror strikes. “Since NSG does not have a unit in Odisha, the onus lies with the police commissionerate and other security agencies to act as the primary responder. NSG will take time to reach Bhubaneswar from its nearest unit, in Kolkata, if there is an attack,” an officer said.

A source said the commissionerate of police had formed a specialized unit consisting of officers from special security battalion (SSB) and will groom it as a counter-terrorist squad. Last month, the SSB officers were sent to Kolkata to learn basic skills. 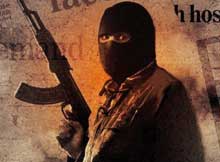 The meet assumes significance as the arrest of two Indian Mujahideen operatives last year confirmed that Puri and Bhubaneswar were in the radar of terror outfits.