International airline operators – Thai Airways and Fly Dubai have expressed interest to start operations to and from Bhubaneswar Biju Patnaik International Airport, during a meeting held in New Delhi on Tuesday.

The meeting convened by Chief Secretary GC Pati at Odisha Bhawan was attended by eight major airline operators to explore the possibility of commencement of international operations from and to the temple city.

“Thai Airways has presented a very good proposal. We have urged them to do a feasibility study and start chartered operations first. If the proposals are accepted, the operators are likely to commence flight services from this winter,” said Sharad Kumar, Bhubaneswar Airport Director. 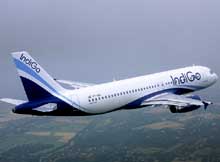 Thai Airways agreed to consider including Bhubaneswar Airport and also informed that they could consider their subsidiary, Thai Smile, to operate 320 Airbus to Bhubaneswar depending upon commercial viability.