An hour-long documentary titled “The Legend Of Jagannath” was aired on National Geographic channel on 4th July 2017. It took a behind-the-scenes look at the Indian religious festival of Rath Yatra.

Actor Rajeev Khandelwal is the host of the documentary, which showcased the color and ceremonies associated with Rath Yatra, a festival in Odisha which involves moving deities Jagannath, Balabhadra, Subhadra and Sudarshana on wooden chariots.

The Rath Yatra featured in the documentary showed the custom of replacing old idols of the deities with new ones — a practice that happens after either eight, twelve or nineteen years.

Rajeev, who calls himself an atheist, said he was curious to know more about the festival and why it attracts several devotees. The actor feels that a majority of Indians believe in God and that they have their own reasons for having that faith.

“The Legend of Jagannanth” tells the story of the carpenters of the gigantic chariots, who instead of using measuring tapes for construction, have relied on the centuries-old tradition of using hand spans for generations. 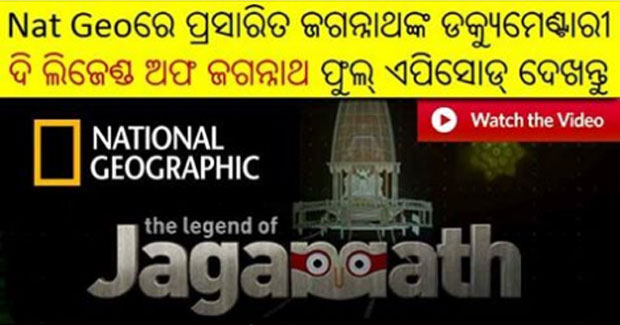