The Secret of the Nagas, Amish Tripathi’s second book in Shiva Trilogy, is translated in Odia language by Gobind Chand and now available on Amazon India website for Rs 218. The book’s title in Odia is ‘Nag Rahasya’.

Amish Tripathi is an Indian author, known for his novels The Immortals of Meluha, The Secret of the Nagas, The Oath of the Vayuputras and Scion of Ikshvaku. The first three books collectively comprise the Shiva Trilogy.

The Immortals of Meluha, first book from the Shiva Trilogy, was translated in Odia before. The book is available on Amazon India website for Rs 192. The book’s title in Odia is ‘Meluhara Mrutyunjay’.

Amish Tripathi was born in Mumbai and grew up near Rourkela, Odisha. He is an alumnus of St. Xavier’s College, Mumbai and Indian Institute of Management Calcutta. He worked for 14 years in the financial services industry before beginning his writing career. 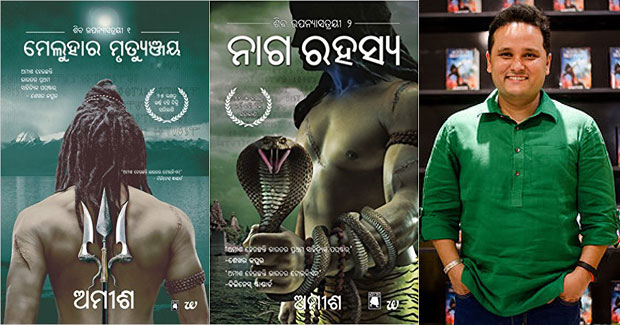