In view of increase in number of air passengers, the Biju Patnaik International Airport (BPIA) in Bhubaneswar will have its third terminal soon, informed Ministry of Civil Aviation Joint Secretary Usha Padhee.

While construction work of the proposed terminal is scheduled to begin from July 2019 near terminal-1, it will have all advanced facilities with a capacity of 6 million passengers per year.

The third terminal will be constructed at an estimated cost of Rs 930 crore, Padhee said.

While terminal-III will be constructed for the purpose of domestic air passengers, terminal-I and II will be used for international flights.

Sources said, the Bhubaneswar airport registers over 39 per cent growth in the number of passengers in a year. In fact, the BPIA has left many leading airports in the country behind as far as passenger traffic growth rate is concerned. The footfall at BPIA is higher than that of Delhi, Mumbai, Bengaluru and Kolkata airports. 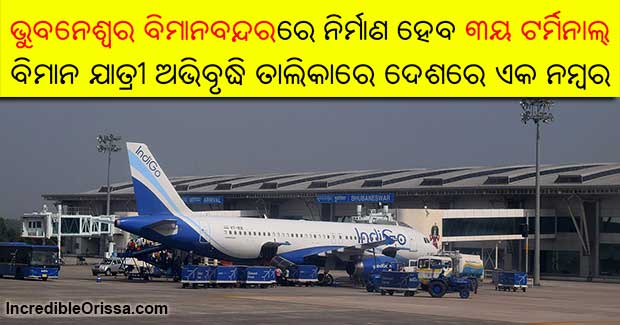