The Madras High Court on Tuesday declined to lift its interim ban on Chinese social media application TikTok, and has posted the matter for further hearing on April 24.

Now everyone know that TikTok app is banned in India. It is not available in Google play store for fresh download following the high court order. It is also not available in Apple’s App Store.

Keeping our TikTok India community informed is important to us. Unfortunately, due to an interim court order, the TikTok app has been temporarily taken down from online app stores as of April 17th, 2019. However, this interim ban does not affect hundreds of millions of existing users of the app. During this time, you can continue using TikTok to capture and share moments that matter in your life, making use of various features, stickers, and gestures, as well as participating in our in-app challenges. We are currently working hard on ensuring that anyone in India who wants to use TikTok to showcase your creativity, can do so freely. Do stay tuned for updates. Thanks for your support!

If you have TikTok app in your smartphone, you can use it as before. If anyone wants to download it fresh to his/her phone, then they have to download it from other websites. Please, check the website’s reputation first. There are many fake websites.

On April 15, Supreme Court refused to stay the Madras High Court order on grounds of the issue being still sub-judice. As per reports, a bench headed by Chief Justice Ranjan Gogoi would hear the matter on April 22.

Senior advocate Abhishek Manu Singhvi, appearing for Chinese company ByteDance, said there were over billion downloads of the mobile app and an ex-parte orders were passed by the Madurai bench of Madras High Court. He said the court did not even issue notice in the matter and an order was passed without hearing them. 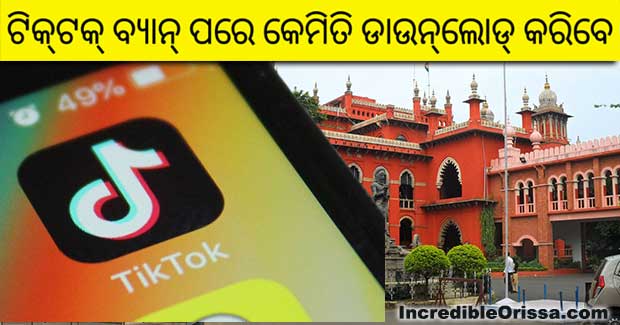