There is a mysterious Shiva Temple on Kumhada hill in Titlagarh of Odisha, where even if the outside temperature is above 50 degrees, the inside temperature remains below 10 degrees.

Even in the high heated summer days, this temple remains so cool without AC that you have to be covered with blankets. It is regarded as the coolest temple of India.

As you all can search that Titlagarh is regarded as one of the hottest place in India where the temperature goes above 50 degree Celsius during summer. This is such a different temple, in which you can feel cold like an air conditioner room inside the temple, even at 50 degrees Celsius.

On the top of such a rock surfaces hill, the temperature reaches almost 55 degree Celsius during summer. But inside this Dhabaleswar Mahadev temple, the temperature remains cooler than AC. According to the priests, it is believed that the cold comes from the statues of Lord Shiva and Goddess Parvati.

They tell that the entire temple becomes cold when they close the doors. Often they have to be covered with blankets even in the day times. In the particular time, if one stands outside only for five minutes, surely he will be filled with sweats. 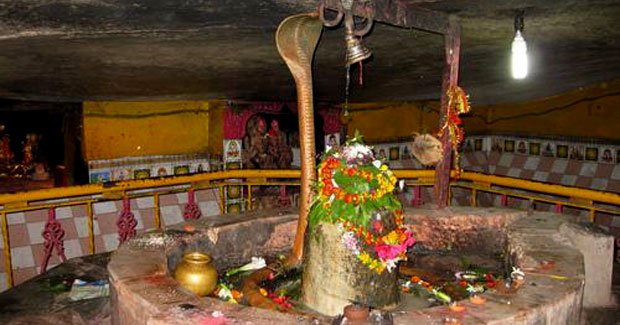