To Sathire Jinbi is a brand new Odia jatra song in the voices of Bishnu Mohan Kabi & Sailabhama Mohapatra and released by Eastern Media Entertainment recently.

WATCH: Dil Jaana Aashiqana To Pain Re song video of Jyoti and Jhilik

The song ‘To Sathire Jinbi’ is a beautiful romantic number, sung by Bishnu Mohan Kabi & Sailabhama, composed by Baidyanath Dash and written by Bapu Goswami. 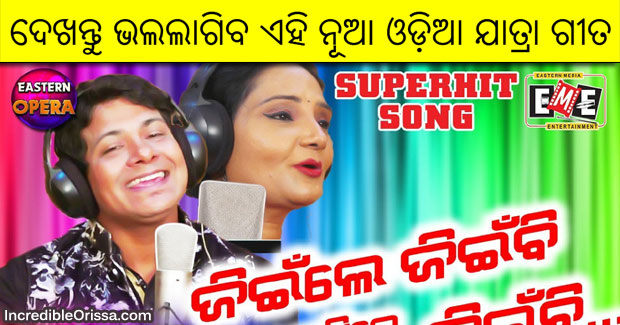