Director Sudhakar Vasanth, who has just finished his film Ashiq, is set to make another love story.

The movie, Tora Udi Udi Jaye Kani, will have Sambit Acharya and Priyanshi Subudhi as the lead pair.

These two are also paired together in soon-to-be-released Odia movie, Ganja Ladhei.

“Love stories are something people, especially youngsters, really like. I believe this movie will also do wonders,” Vasanth said.

Sambit, who is excited about the film, believes that the audience will love his new avatar. “I am playing a tapori-type character. i believe my fans will love seeing me in this role,” he said. 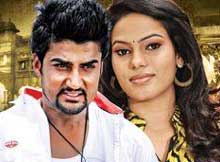 The movie revolves around the protagonist who appears to be ahooligan, but has plans to settle down abroad. But he accidentally meets a village girl and falls in love with her.

“There are many twists and turns in the story that we don’t want to reveal now,” Vasanth said, adding that he was planning to complete the shoot in Odisha.