22 coaches of a train automatically rolled backward for about 10 km when its engine was detached at a station in Odisha on Friday night.

The Ahmedabad-Puri Express, which started sliding back around 9.35 pm from Titlagarh station, was stopped by placing stones on the tracks half an hour later at Kesinga staion.

No passengers were injured during the 20 km/h free roll, although it caused a scare among them. Railway authorities suspended seven officials in connection with engine detached from Ahmedabad-Puri Express train at Titlagarh.

“When the engine is detached to be attached at the other end, the coaches should be secured with skids at the wheels. In this case, it appears that the skids have either not been placed or were placed improperly. The facts of the case will be known after a detailed enquiry,” said JP Mishra, ECR PRO.

Total seven officials were suspended for negligence of their duty following which the bogies of Ahmedabad-Puri Express train rolled down backwards without engine at Titlagarh, said Sambalpur DRM Jayadev Gupta. 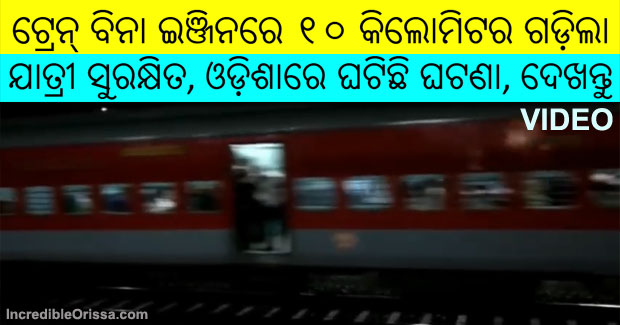