Meet 45-year-old Himanshu Kumar Lal, a DIG rank officer of Odisha cadre who has made history by hoisting the tricolour this year on August 15 in a dreaded Maoist zone in Malkangiri.

This courageous act of Lal earned praises from the IPS association. “This IPS officer is audacious to the core as he rubs Naxals where it hurts the most. Kudos @odisha_police DIG @himanshulalips for entering a cut-off area in a #Malkangiri hotbed of Naxals & hoisting the National Flag there on IDay. We are proud of you,” the IPS Association wrote on Twitter.

Around 150 villages in the area have remained under the shadow of Maoists for more than six decades. For locals, this officer has turned out to be a ray of hope. Posted as DIG (South Western Range), Himanshu Lal is barely a few months old in this posting but has already made a difference.

Lal is a 2003 batch officer of Odisha cadre and is a qualified MBA and a sharpshooter too. After quitting a comfortable corporate job in 1998 with a plum salary, he is now nothing less than a terror in the Maoist-affected region for his encounters since he was the Superintendent of Malkangiri district in the peak of Naxalism in year 2005 to 2006.

Lal, was the DIG of Police of South Western Range (SWR), Koraput, and recently posted as DIG of Police, (Northern Range), Sambalpur. 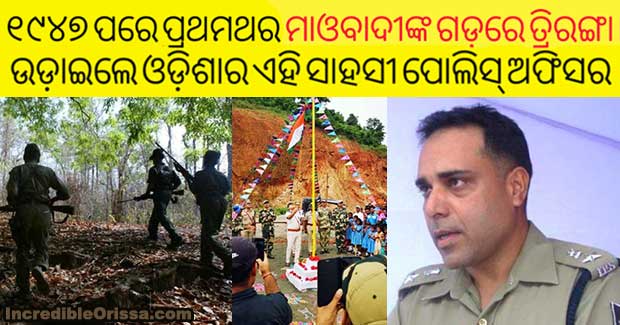