Naisargik Lenka of Odisha bagged the Bal Shakti Puraskar for his excellence in the field of innovation while Ayushman Tripathy received the award in scholastic category.

A total of 26 children, two individuals and three institutions were conferred Pradhan Mantri Rashtriya Bal Puraskar – the revamped award scheme of the Ministry of Women and Child Development today.

Naisargik Lenka received the award for his innovative solution for remediation of contaminated soil and water using an optimized strain (Anabaena cylindrical) immobilized in polymer matrix, which will not only prevent the entry of the carcinogen into the food chain through rice crop but also increases the grain yield. Besides, the young innovator has also developed a novel method of treating municipal waste water and developed a smart toilet model too.

Similarly, Ayushman Tripathy received the Pradhan Mantri Rashtriya Bal Puraskar for his excellence in the field of scholastics. 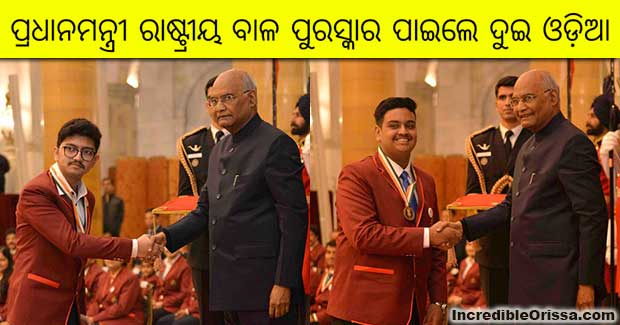