When it comes to unique Kali Puja in Odisha, the goddess at Bakhrabad in Cuttack has no parallel. The Bakhrabad Lokmandal Committee worships the goddess as Chinnamastika – the goddess who has chopped her own head.

Nobody knows for sure under what circumstances the worship of the Chhinnamastika form of the goddess began at Bakhrabad. Old timers say Bharat Singh, Mukunda Behera and Rama Dalei introduced this form of worship in 1950s. 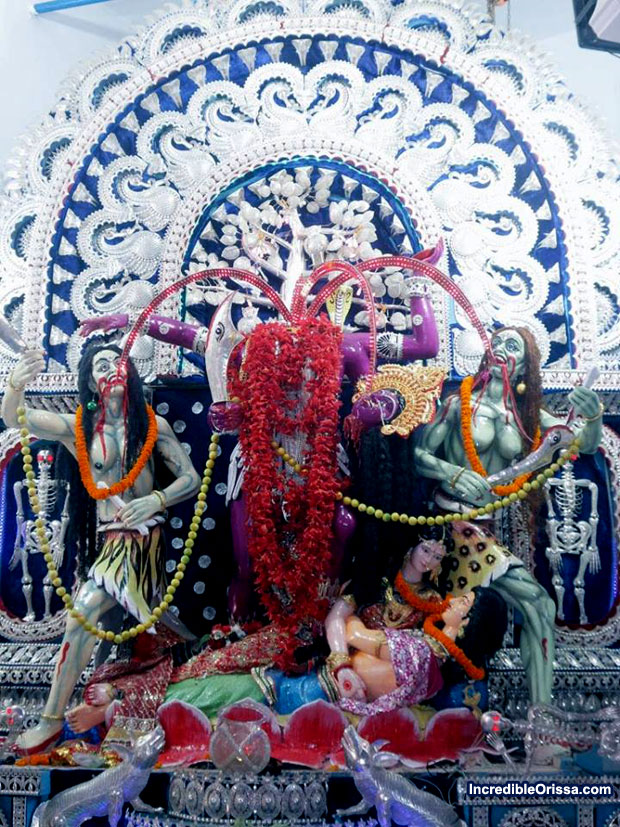 The headless goddess holds her severed head in one hand while three springs of blood spurt from her neck. One spring streams into her mouth and the other two stream into the mouths of her two female aides. Her left leg is not placed over lord Shiva, but a couple embracing each other on a lotus.

Unlike the chandi medhas of the other puja mandaps in the city, the silver tarkashi backdrop at Bakhrabad has a tree, along with motifs of skeleton, wolves and owls, that relates to death.

According to experts, Chinnamastika signifies self-control, courage and discernment. Chhinnamastika or the goddess with a severed head is the sixth of the 10 mahavidyas or great wisdom goddesses. 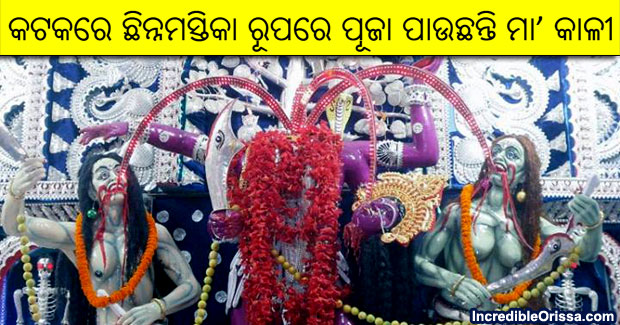