Whenever we claim of knowing our state Odisha perfectly, we basically rejoice in knowing only the locally known facts. None of us actually do a deep research and delve into the not-so-known aspects of the state.

Odisha which is largely accredited as a poor state with presumably poor infrastructure and large number of people suffering from malnutrition and being illiterate.

The National media covers it only when there are floods, cyclones, Naxal attacks or some poverty related tales. But it is also a state with a rich heritage, culture, natural beauty. So what are some unknown interesting facts about Odisha?

There are so many things to cheer about our state but we don’t as we are normally feel ashamed of ourselves. Every state, every country has something to be ashamed about but they counter it with their positive points and create an environment where people feel belonged to their state or origin. 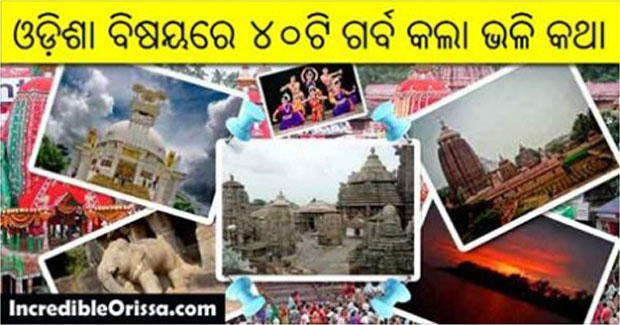