Prime Minister Narendra Modi will inaugurate Jharsuguda Airport in Odisha on Saturday. It will become the second airport in the state. First airport is Bhubaneswar’s Biju Patnaik International Airport.

Three more airports are in the offing in Odisha. The infrastructures of three airports are being developed in Jeypore (Koraput), Rourkela (Sundergarh) and Utkela (Kalahandi) at an investment of over Rs 100 crore. These airports are expected to be operational by 2019, informed Airports Authority of India (AAI) member (planning) AK Pathak.

While the airport in Rourkela is likely to be functional by October-November this year, the airports in Jeypore and Utkela are expected for operations by March 2019, he said.

The Jharsuguda airport has been built over an area of 909.22 acre at a cost of Rs 175 crore of which Odisha government has contributed Rs 50 crore.

The airport has 1028 acre land, which is equal to Biju Patnaik International Airport (BPIA) in Bhubaneswar. The airport can be developed for management of 20 million air passengers in future, said Pathak. 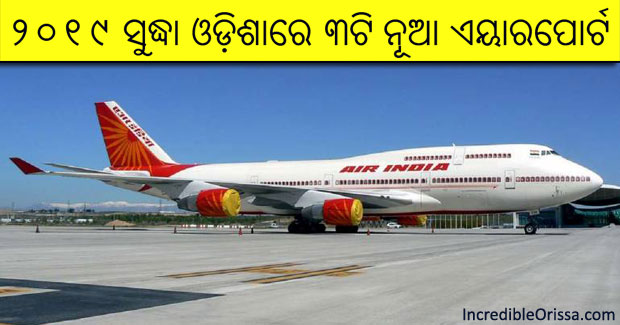