Utkala Dibasa, also known as Odisha Day is celebrated on April 1 in Orissa in the memory of the formation of the state as a separate province on April 1, 1936. It is celebration time for the Odia-speaking community in India and abroad.

In 1936, Odia was the first language around which a state was formed. However, even after 79 years, it is not the language of the state administration and judiciary. It is not even a medium of instruction in schools and colleges. 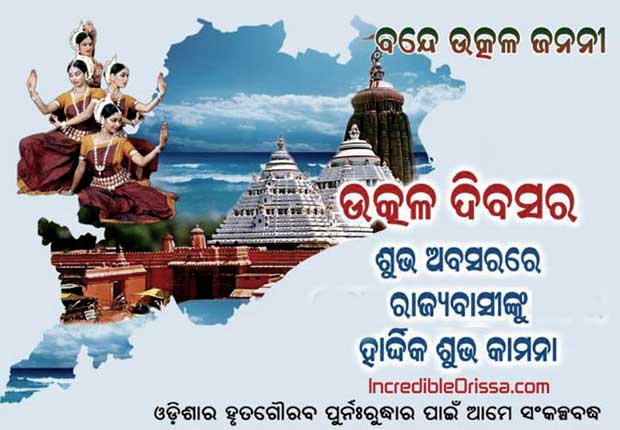 The scenario is pathetic. At the primary level, there are teachers for English, Sanskrit, Hindi, Telugu and even Bengali, but no specific teacher for Odia. At the graduate and post-graduate level, there is not a single post for professor teaching the language in the state-run colleges.

In ancient times, Odisha was named as Utkal which was a part of the Kalinga dynasty spanning central and eastern India and ruled by King Ashoka.

On Utkala Dibasa, people of Odisha origin remember those revolutionaries who started the movement for the formation of a separate Orissa province and fought for three decades. They celebrate the occasion by organising cultural programmes, seminars and competitions.

The revolution started with the formation of Utkal Sammilani – a social organisation started by Utkal Gourav Madhusudan in 1903 – aimed at preserving the culture and language of Odisha. The idea to start the revolution emerged with the lost political identity of the state in 1568 after the defeat and death of the last Hindu king of the region Gajapati Mukunda Dev.

History suggests that the king lost his territory to the armies of the Sultanate of Bengal, which was headed by the Mughal governor Sultan Sulaiman Karrani or Kalapahad. With the emergence of the rule of Kalapahad, the region started losing its political identity.

By the time the Marathas conquered the region and took control of the empire, Odisha’s political identity was completely lost. It was after the Britishers took charge of the territory in 1803, the region was divided into several provinces and thus the Odisha province was formed after three decades of revolution.

Before the partition of the province, Odisha, northern parts of Andhra Pradesh and parts of Madhya Pradesh was together a part of Kalinga kingdom.