The program, anchored by Buddhaditya Mohanty, Priya Choudhury and Manoj Mishra, will be telecasted on Tarang TV at 7 PM on Sunday.

The superhit couple of the Ollywood industry, Anubhav Mohanty and Barsha Priyadarshini, came together on stage for a special announcement of their upcoming film ‘Gapa Hele Bi Sata’ produced under the banner of Tarang Cine Productions. 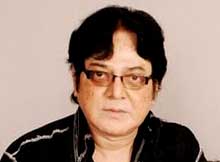 A special honour was also accorded to director actor Hara Patnaik, who died recently. The award was presented to his wife Jharana Patnaik by co-founder and director of Odisha Television Network Jagi Mangat Panda in a touching moment that brought the film and television stars and technicians to tears.