With not much of data available about Hirakud dam, 40 students and faculty from different engineering disciplines at Burla’s Veer Surendra Sai University of Technology (VSSUT) Space Development Programme are set to build, launch, test and recover indigenously developed reusable satellites and rocket.

The team has decided to use their idea and innovation for Hirakud dam analysis. Siltation, seepage and unscientific water distribution system, flood control, irrigation and hydel power generation will be some of the areas which the students will be dwelling on.

Active team member, Bodhisattwa Sanghapriya, estimate on silt deposit will be carried out using sounding rocket, designed and developed in R&D Lab of VSSUT. The rocket will carry a Can Satellite (CanSat) payload of around 350 gms well equipped with state-of-the-art technology.

The rocket upon launching will reach a height of over 13000 feet in the sky and deploy the Can-satellite which will monitor the real time scenario of the dam. The CanSat will transmit data to the ground station before it is retrieved for reuse.

As for any such project, funds continue to be a concern and the students are planning to seek help of State Government and industries. After initial trial, all they require is cost of the fuel to ensure that the data on the dam can be collected every year.

The students have already held discussion with Hirakud dam authorities and were also invited by Indian Inventors Association (IIA) at International Innovation Festival, Bangalore 2016, where inventors and scientists from 20 countries participated. 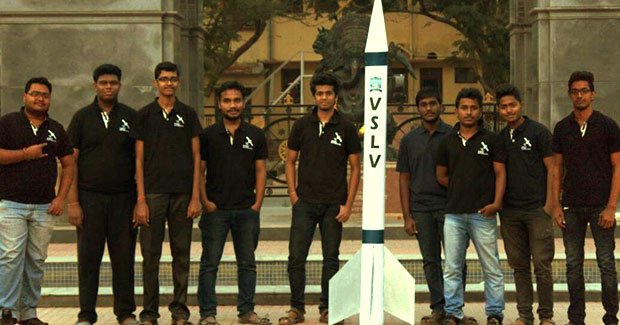